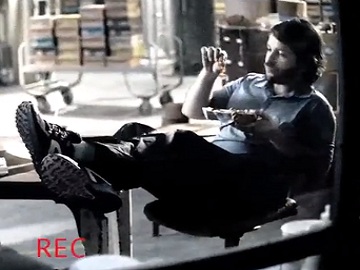 The brand of antacid TUMS has launched a new commercial to promote its products.

Presented as “TUMS Breaking News Special Report”, the 15-second spot features surveillance footage of a man attacked by a giant curly fry, that is reportedly overtaking the city. “Authorities suggest heartburn is to blame” – the news presenter informs, adding that more information will be provided later on.

“Lucky for you, fast-acting TUMS is here to take on this spiralized predator, so you can feast on your fries – without the fire.” – the brand states.

TUMS range of antacid products, that come in several varieties, includes TUMS Chewy Bites, TUMS Smoothies, TUMS Chewy Delights, TUMS Regular Strength 500, TUMS Extra Strength 750,TUMS Ultra Strength 1000, TUMS antacid, which, “unlike some other heartburn medications, does not need to be absorbed into the bloodstream in order to work”, according to the manufacturer, is available at many retail stores, including drug stores, grocery stores and mass merchandisers.