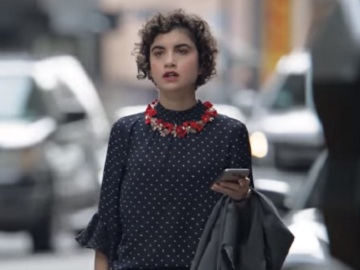 TD Bank highlights, in one of its latest commercials, that if your debit card is lost, stolen or damaged, you can get a new one instantly at any TD Bank.

The “Empire” spot, available as a 15- and 30-second version, features several situations that some people may find themselves into, such as dropping the card from the Empire State Building, or forgetting the wallet on the car and losing it while driving, or – as a woman – having your purse stuck in the cab’s door and remaining without it because the driver doesn’t hear when you call him.

“We understand people lose things” – says the voiceover, while the woman who lost her purse, Sarah, receives another card from the TD Bank and the officer advises her to hold on to that one. As she’s ready to leave, all happy that she has a new debit card, the officer draws her attention that she was about to forget her phone on his desk.

“So at TD Bank you can replace a lost debit card instantly” – mentions the voiceover, adding the bank’s tagline, “Bank Human”.