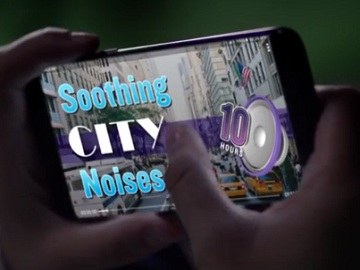 T-Mobile has released a new commercial, aiming to highlight that, with T-Mobile, you can feel at home, pretty much wherever you are, even in a camping ground.

“Now, T-Mobile’s coverage goes places we’ve never been before.” – the voiceover says at the beginning of the 30-second spot, featuring a couple camping in a tent, under the stars, and getting ready to go to sleep. They soon realize it’s too quiet, which makes it “awful”, and decide to play soothing city noises in the background while they’re trying to fall asleep.

The commercial ends with the voiceover urging you to “feel at home even when you’re out there” with the company’s “extended range LTE coverage that goes farther than before”.