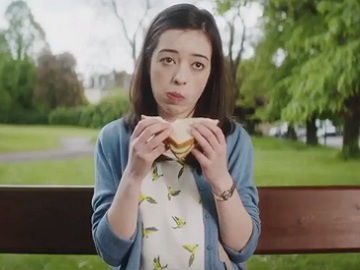 Subway UK has released a new hilarious ad to promote its salad range.

The 30-second spot, titled “Groundhog Day”, features a young woman going through her daily routine, consisting in waking up at 7:30, taking a shower, arranging her frizzy hair, running to catch the bus in order to not get late in the office, where she’s forced to fake laugh, and eating a bland sandwich on a bench, outdoors, at lunch. One day, though, after seeing a billboard showcasing Subway’s salad, she decides to break her routine and go have a Chicken Teriyaki Salad at Subway.