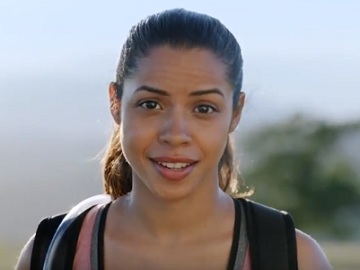 Straight Talk has droped a new ad, promoting its $45 Unlimited Data, Text and Data Plan and urging viewers to get great coverage on the same cell towers, for less.

“It’s time for some Straight Talk” – says the voiceover at the beginning of the 30-second spot, featuring a young woman in the outdoors, searching for signal on her phone. While she is shown looking at a cell tower on a hill, the voiceover states that the big wireless companies lure you in with great coverage, but then they charge you a really high price to use Straigh Talk’s cell towers. “Not cool” – he exclaims before adding that “Straight Talk uses the same towers and charges way less” and urging you to “get the same 4G LTE networks so your phone work in all places, for a lot less”.

The mobile virtual network operator also states that you can get the new Samsung Galaxy S8 or bring your phone,
highlighting that this plan, available at $45/month with no contract, includes 8GB up to 4G LTE then 2GB, and that
actual availability, coverage and speed may vary.