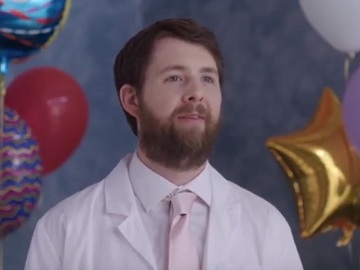 Sling TV continues its “The World According to Cable” campaign with a new commercial, titled “Babies”.

The spot features a woman at a maternity hospital expressing her surprise upon seeing more than one baby, given the fact that she expected only one. “Look at all these extra babies!” – she says, while the babies are all crying around her. “The baby you had actually comes with these extra babies.” – her doctor informs her, asking her to not worry and mentioning that, the first three months, the diapers are free and, after that, there’s a standard charge.

“It’s just a little chargeable increase each month, you know, you won’t notice it at first, it’s kind of how we work.” – the doctor adds, laughing after finishing the sentence.

The commercial ends with the voiceover saying “Don’t get duped by cable” and mentioning that “with Sling, there are no hidden fees and no useless channels. Subsequent onscreen lines inform that the Sling mobile app, which can be downloaded on the AppStore and Google Play, is free for seven days and that, after this trial period, your card is charged unless you cancel.