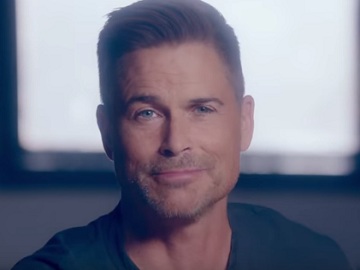 The 53-year-old American actor is shown working out, waiting in the make-up room before shooting a film, accepting to take a selfie with a family taking a tour on the Hollywood backlot at Warner Brothers, and then attending a premiere, all while wearing Skechers Fit shoes.

“Being comfortable in your own skin isn’t just about how you look. It’s a state of mind. Be confident in who you are. It’s about knowing yourself, being true to character. That’s ultimate comfort.” – says Lowe in the 30-second spot, which highlights that Skechers Relaxed Fit features a soft Skechers Memory Foam insole and a roomier fit that feels great all day long.

Lowe, who starred in a Skechers campaign sixteen years ago, said of the Skechers shoes that he loves he can wear them anywhere, from a nice dinner to a fishing boat.