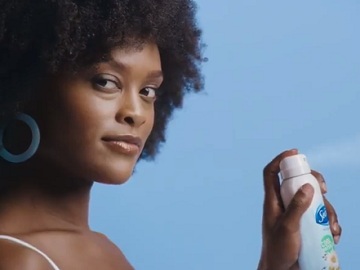 The brand of antiperspirant and deodorant for women Secret, manufactured by Procter & Gamble, has launched a series of new ads to promote its new Secret Invisible Spray.

“The world is filled with extraordinary armpits.” – says the voiceover at the beginning of one of the spots, dubbed “All Pits”, and listing then some of the existing pits, such as “little pits”, “flat pits”, and “concave pits”, while on screen four young women are showing off their armpits and spraying them with Secret’s Cool Waterlily Invisible Spray.

“New Secret Invisible Spray goes on clear because your pit is perfect.” – the voiceover adds. “And I’ve got another one.” – says one of the women. “So show them off.” – the voiceover encourages her and, implicitly, all the ladies watching.

According to Secret, the Fresh Invisible Spray Cool Waterlily Antiperspirant and Deodorant, featuring a crisp and invigorating waterlily and sandalwood fragrance, gives you long-lasting odor and sweat protection and goes on invisible and dry to reduce white marks on your clothing and your skin.