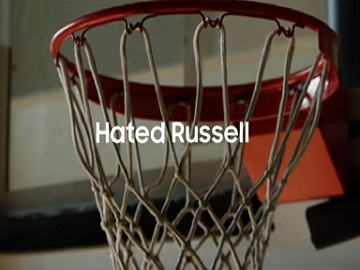 Samsung continues its “Do What You Can’t” campaign with a new film, celebrating Russell Westbrook’s win of the NBA “Most Valuable Player” award at the 2017 NBA Awards.

The 60-second spot highlights that the pro basketball player for the Oklahoma City Thunder has been called lots of things over the course of time and went through many difficult situations, but that all those experiences helped him to become what he has become.

The brand aims to empower people, through the examples it gives in its campaign, to push their limits and believe in themselves that they can make their dreams come true.

The NBA’s inaugural awards show took place on Monday, June 26, in New York. Russell Westbrook (28), named the 2016-17 Most Valuable Player, topping thus former teammate James Harden, Kawhi Leonard and LeBron James, with 69 of 101 first-place votes, became tearful and emotional during his acceptance speech, as he thanked his family, including his mother, brother and wife, each of whom was in attendance.