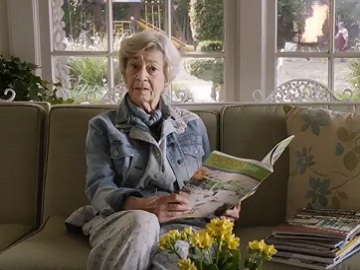 SafeAuto’s continues its “Terrible Quotes” ad campaign, informing people that they can save up to 25% on their car insurance in just three minutes, with a series of new spots, including – obviously – “terrible quotes”.

One of them features an old lady on the couch in her living room, with a magazine in her hands, saying “I like my coffee like I like my men”.

There are also other terrible quotes: a man at a costume party says “When you’re afraid of everything, you’re afraid of nothing”, a farmer holding a piglet with an UFO crashed behind him says “My keychain is full of keys I don’t remember.” and “My gamertag is ‘laserface68′”, a welder says “I’m too embarrassed to ask my butler his name”, and a rocket day says “Mothballs remind me of moths”.

“This is a terrible quote, but SafeAuto will get you a great car insurance quote in just three minutes and could save you 25%” – says the voiceover, whose “quote” is then praised by the protagonists of the spots, who state that this is “a great quote”.