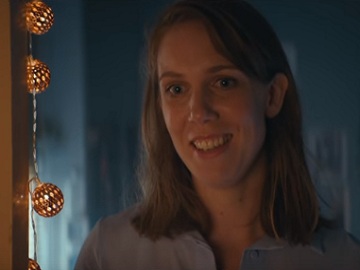 Royal Bank of Scotland has launched a new campaign to promote their security team who work 24/7 to keep customer’s
hard earned money secure.

The 60-second spot follows a hard working lesbian couple who rarely meet due to the pressures of everyday working life.

When one of them arrives at home, late at night, her partner is already sleeping, and when the latter wakes up to get to work, the other one is sleeping. They are featured as very gentle persons, who are careful not to ruin the partner’s sleep and who are doing small kind gestures to prove their affection, such as drawing a flower on the bathroom mirror, preparing a meal and leave it in the oven, sending texts and photos throughout the day to let the partner know they are thinking about each other.

“We know you work hard for your money. Which is why our team is working 24/7 to keep it safe and secure” – says the voiceover at the end of the spot, which features the couple finally getting together for a dinner on the floor, at the candle light. One of them gives the other a bunch of flowers and they share a kiss.