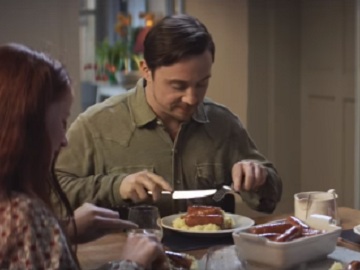 Richmond Foods highlights, in a new ad, that being the nation’s favourite sausage is enough for them, so all the fuss and fame that come along with being the number one are not really needed.

“Being the nation’s favorite something is an honor to wear with pride.” – says the voiceover at the beginning of the 30-second spot, which features Jim, a Richmond Foods employee who makes a nation’s favorite sausage, but “keeps it all inside”, as revealed by the voiceover, who mentions there aren’t and won’t be any signs of recognition for his work, such as “a great big sausage statue”, a “royal knighthood to honor what he’s made”, and “no grand parade” when he’ll leave the factory.

The voiceover also says of Jim that he’s “busy making sausages beaming with a grin because he makes the nation’s favorite and that’s enough for him”.

The spot ends with the voiceover saying the brand’s tagline, “Proud to be the nation’s favourite”.