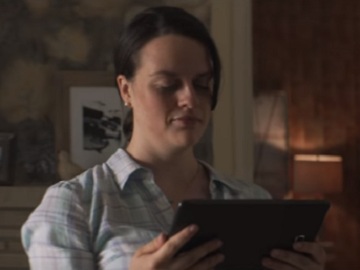 The latest RetailMeNot commercial shows people how easy it is to save money with this discount and coupon hunting app, that enables users to find deals from thousands of retailers and food offers from thousands of nationwide and local restaurants.

Dubbed “Sleeptapping, Sleepsaving”, the 20-second ad features a soundly sleeping teenager who demonstrates how easy it is save with RetailMeNot. The boy, who fell asleep with the tablet near him, on the couch, moves in his sleep and taps on a back-to-school deal from Aeropostale, which gives him the chance to get up to $25 off in store. When his mother enters the room, she sees the tablet and, finding out about the respective offer, cannot help but smile in contentment.

Concluding with the onscreen line “You could save $20 in 20 seconds” and highlighting that, by using RetailMeNot, you could save on everything, from money, to time and hassle, the spot also informs that the deals shown are for illustrative purposes only and may not be available, and advises viewers to see RetailMeNot for current offerings.