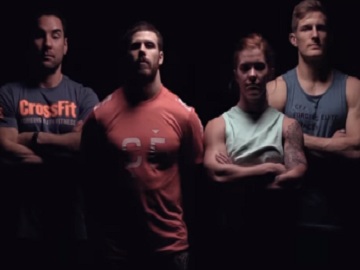 Reebok has launched a new commercial, starring Reebok Canada CrossFit Athletes, to show “what it’s like to be more
human”.

The 60-second spot, titled “The Moment”, similar to BodyArmor’s “Obsession is Natural” campaign, aims to highlight which is the moment that makes a difference between the good and the great. “I shut everything out. Focus in. My
muscles tighten. And I think to myself: Can I do this?”, “It’s in that moment when you have to make a decision, either turn back or go forward.”, “I failed a hundred times, but it’s that split second you break through that makes it all worthwhile.”, “It’s more than just fitness. It’s a choice, it’s an attitude, it’s the way I approach everything in my life.”, “All it takes is a moment to push on or give up. It’s this moment that separates the good from the great” – say the CrossFit athletes, while they are shown training hard in the gym.

The spot ends with them looking at the camera, some of them with their arms crossed around their chest, and with the voiceover saying “This is what it’s like to be more human”.