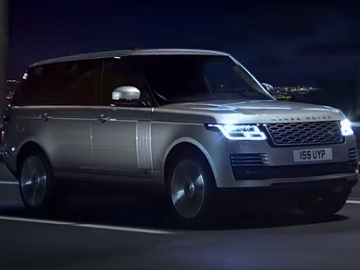 The 30-second spot features a Range Rover speeding down a road and being followed by thousands of fireflies, in order to illustrate the idea that “Attraction is only natural” (which is also the campaign tagline). The new Range Rover boasts floating roofline, continuous waistline and lower accent graphics, as well as a host of innovative features such as Pixel-laser LED headlights which give it even greater presence, the InControl in-car infotainment system called Touch Pro Duo, which delivers a wealth of information and entertainment, ensuring you can make the most of your journey, and others. In terms of off-road capability, this Range Rover continues to be leading edge, according to the automaker, that mentions that its off-road capability “derives from a combination of All Wheel Drive (AWD) systems and unique, innovative all-terrain technologies”.