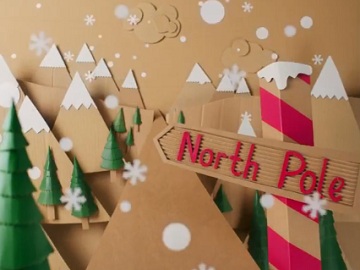 The Post Office has launched its Christmas campaign, set to run online and in print.

The spots, created by MullenLowe agency and directed by Isaac Bell, tell stories of persons sending gifts to their dear ones. In the 20-second spot titled “Dear Santa”, a father reveals that his little daughter, who wants nothing but a bike this year, is writing her first letter to Santa, explaining why she truly deserves it. Mentioning that she’s convincing, the man intends to put her excitement at test and tell her, after he posts the letter, that she has to cycle to the North Pole to say “Thank you!”.

The advert ends with the hashtag #ItsNeverJustPost, a strapline introduced to highlight the importance of every delivery and also of the Post Office, that has an essential role during the holiday season.