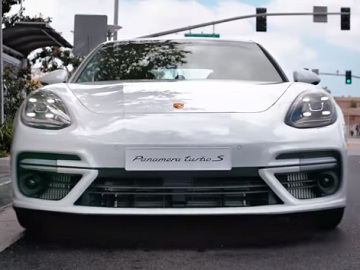 Porsche have resorted to an original way to introduce the 680 horsepower Panamera Turbo S E-Hybrid to public.

They have given some coffee drinkers, whom they told they were going to get one of the strongest cups of coffee in the world, called E-JOLT, a shock they’ll never forget: a ride with the Panamera Turbo S E-Hybrid.

A video including footage featuring the people’s reactions in the coffee shop after finding out about E-JOLT and during the ride, that makes them scream at the top of their lungs, has been released, presenting the car as “a much-needed jolt”.

The description of the E-JOLT according to the manufacturer is the following: “Its potency isn’t measured in milligrams. Its effects may never fully wear off. And the mere sight of it will send an absurd amount of adrenaline coursing through your veins. Sounds a little crazy, doesn’t it? The best things often are”.

The advertising agency behind this spot, which aims to highlight that E-JOLT is better than coffee, is Cramer-Krasselt, Chicago.