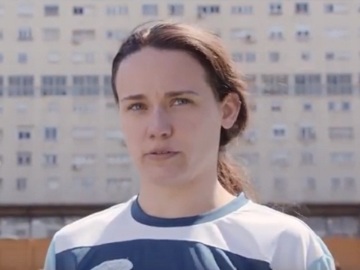 Wrigley’s Orbit highlights that it’s “Time to Shine” in its latest ad campaign, which also urges you to seize your moment with Orbit Gum.

One of the 15-second spots, titled “Penalty Taker”, features a female football player chewing Orbit, ready for a penalty shootout. “The goalie has studied every one of your shots. She knows you’re going for her left corner. She even teases you calling the shot. But her legs are the ones trembling, nut yours” – says the voiceover (British actor Noah Huntley) to the young girl, who’s shown smiling.

The spot ends with the voiceover saying the brand’s tagline, “Time to Shine”.

The campaign, created in collaboration with BBDO, aims to celebrate, according to John Starkey, regional vice president of marketing at Wrigley Americas, “what can happen when you feel ready to take on your Time to Shine moment”.