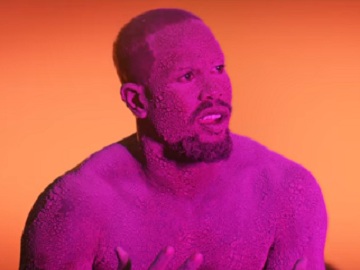 The 30-second spot, titled “Cinema” presents the Denver Broncos linebacker as “a Renaissance man: professional football player, auteur, director, photographer, computer whiz-hacker, producer, special effects artist, and actor.” and Hydro Wash as a body wash that is “hydrating, in a plastic bottle, fragrant, swirly, and for delicate skin.” Set in an extraterrestrial landscape, the ad features Von Miller coming out of a huge egg and reaching out toward a giant bottle of Old Spice Hydro Wash. If initially he feels his skin dry, after he touches the bottle of Hydro Wash, he gets flooded with electricity and starts screaming. Eventually, it is revealed that this is a scene shown by Von Miller to his fellow Broncos on TV, in the locker room. He pauses the picture and awaits a reaction from his teammates, who don’t seem to like it very much. However, soon after finding out that it was Von Miller the one who made the film, they begin to cheer him on loudly.

The spot ends with Von Miller in the shower, celebrating his cinematopgrahic success with Old Spice Pure Sport Plus HWC Hydro Wash Body Wash, and with the brand’s tagline appearing on screen, “Start Fresh. Stay Unforsweatable”.

Von Miller, who was named Old Spice guy in August 2016, endorses also the Pure Sport Plus Sweat Defense Invisible Solid and Invisible Spray in another commercial, titled “Coach Talk”, in which he explains he uses the spray deodorant from Old Spice because he’s delicate.