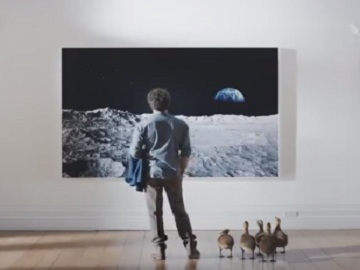 “With O2, you could save your data and use ours in one of 15.000 of our WiFi hotspots nationwide” – says the voiceover in one of the 10-second spots, featuring a man leaving his apartment being followed by a bunch of goslings to a restaurant diner. The same ducklings follow the man also in the spot promoting the free European Roaming. “With European Roaming now included, our network follows you wherever you roam.” – says the voiceover, while on screen the ducklings are on the man’s trace in a museum.

The last spot, promoting the free WiFi calling, features the man using his phone at the subway to make a call. As usually, the ducklings are following him taking the escalator, as well. “On O2, your network coverage follows you everywhere. Now with WiFi calling at no extra cost”.

In 2016, O2 was voted Britain’s Best Network for Coverage by uSwitch.