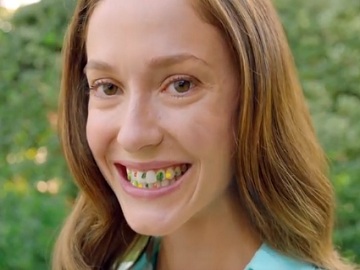 Nissin Cup Noodles has launched a series of new ads to promote its Original Cup Noodles, which has now reduced the amount of sodium, with no added MSG or artificial flavors.

One of the spots, dedicated to Cup Noodles Very Veggie, features a young woman eating Cup Noodles Very Veggie on a bench in the park and displaying a large smile to the camera, which reveals teeth with small pieces of vegetables on them. “Very sexy!” – the voiceover says, after previously saying “Very veggie!”.

Another 15-second spot presents the confession of a Nissin Cup Noodles lover. “When Cup Noodles steams up my glasses, I pretend I’m stranded in a snowstorm”. – a female voiceover is heard saying.