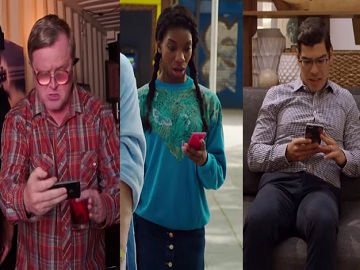 “In a world where entertainment is only an app away, it’s no surprise that netflixing has gone public.” – this is the message conveyed in a new spot released by the streaming service, presenting a series of statistics about people “netflixing in public”.

“67% of people are watching on the go, exposing our private binge behaviors and sending social norms upside down. We’re laughing, we’re crying, we’re being watched while we’re watching.” – onscreen lines read in the commercial featuring scenes from various Netflix series and films, including Naked, Gilmore Girls: A Year in the Life, Orange Is The New Black, Stranger Things, Atypical, Friends From College, and others.

“45% of people have caught another person peeking at their screen. But only 18% have felt embarassed about what
they’re watching. Because there’s no shame in our stream game. So pack your phone to keep on watching wherever you go.” – are the final onscreen lines.