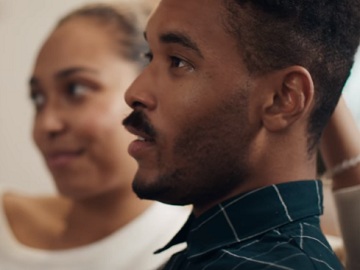 Motorola showcases the moto insta-share projector in a new commercial urging viewers to up-upgrade to Motorola.

The ad features a guy who’s watching on his phone a video made during a trip with his girlfriend and discovers that, with the moto insta-share projector, he can see the videos stored in a smartphone on any flat surface. Well, not in all smartphones, obviously, but only in Motorola Z phones as this moto is compatible with this one. His girlfriend, who is a Motorola Z2 user, shows him how easy it is to snap the moto and then project the clip onto the wall.

The song playing in the background is “The Best You’ve Had” by Andy Powell & Emily Taylor.

The collection of Moto Mods, which have been introduced in fall 2016 as “the first real change for smartphones in a real long time”, includes a variety of mods able to transform your phone in a snap, from moto smart speaker with Amazon Alexa, moto 350 camera, Polaroid insta-share printer, various moto style shells, to JBL SoundBoost and more.