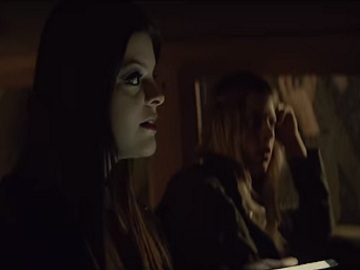 M&M’S presents bite-size horror, now that Halloween is coming. The brand, that has introduced a cookie-inspired spooky snack for Halloween, has released a short film titled “The Road”.

The mini-movie features a father who takes his teenage daughters to a dark country road, at night, to investigate an urban legend. According to one of the girls, the respective road is the road “where the ghost of the slain motorcyclist haunts those who called to him”. As she keeps reading from her mobile phone about the legend, which says that “once you’ve been touched by his light, he stays with you, forever”, her father rolls his eyes and asks if they are supposed to just wait around there all night for “the freaking light”. They soon see a light not far from their car and what follows shocks all the three of them.

The film ends with the brand wishing viewers Happy Halloween and inviting them to visit fox.com for more.