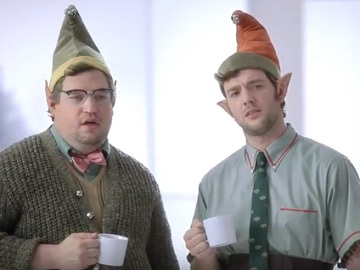 The 15-second spot features two elves at the office looking at Dave, one of their colleagues who’s sitting at his desk and admiring one of his ears in the mirror. “What’s up with Dave?” – asks one of the two elves. The other elf answers he gave him holiday scratch tickets in the office gift exchange and that he won BIG and got an ear job.

As the spot comes to an end, a girl elf is seen approaching Dave and talking to him, most probably complimenting his ear, judging by Dave’s reaction. The voiceover urges you to “Scratch everyone off your shopping list with holiday scratch games from the Minnesota Lottery”.

Minnesota Lottery has dozens of scratch games with ticket prices from $1 to $50, that give you the chance to win up to $500.000.