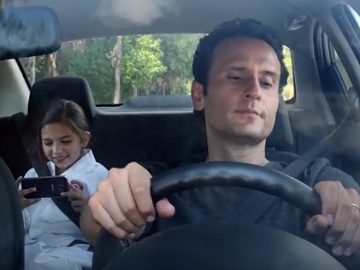 MetroPCS continues its ad campaign, promoting the Unlimited Data, Talk & Text for $30, taxes and fees included, with a series of new spots.

One of them, titled “This is the Winning-At-Life Plan”, features a dad who takes his young daughter from karate to her soccer training. “Sam figured out that with MetroPCS he gets a 4G LTE network for $30 period. Just like he figured out Saturdays require a game plan” – says the voiceover, while the man, who got some women’s attention because his daughter was about to get on the field with her karate suit on, takes the girl’s uniform off, revealing that she was wearing underneath soccer equipment.

The spot ends with the voiceover urging you to “move to MetroPCS, on the nationwide T-Mobile network, with Unlimited Data, Talk & Text for only $30 period, taxes and fees included”.