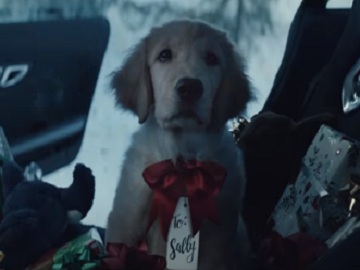 Mercedes-Benz promotes its Winter Sales Event in a series of hilarious new ads.

One of them, titled “Pit Stop”, features Santa’s car, a red Mercedes-Benz, that is in a motorcade speeding down a snowy highway, stopping for a puppy to pee. “The Mercedes-Benz Winter Event is back. And you won’t want to stop for anything else.” – the voiceover says while on screen Santa is seen waiting for the dog to come back from the forest. and get back in the car. When the “furry gift” gets back in the car, in the passenger seat, on top of other Christmas gifts, and barks as if to announce he’s now ok, Santa hits the road again.

The spot ends with the voiceover saying the automaker’s tagline, “The best or nothing”.