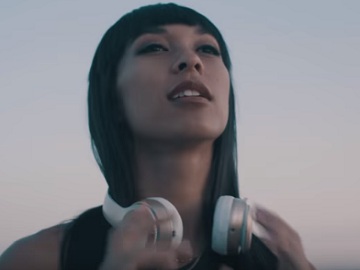 Mercedes-Benz invites you to come to the me Convention in Frankfurt, at Festhalle Frankfurt (Main), between September 15th–17th to #createthenew.

The German automobile manufacturer encourages people to “explore, discuss and create the future” in a new commercial, promoting the me Convention. “If you have plans this September, drop them! Mercedes-Benz and SXSW come together in a festival packed full of new perspectives and input you won’t find anywhere else.

Sounds pretty worth it, huh?” – the voiceover says in the 60-second spot, adding that “me Convention doesn’t have any rules when it comes to the creation of our future at a new velocity.” The voiceover also encourages viewers to “find out how coding and dancing can mutually benefit each other and why it sometimes makes sense to work on unsolvable problems”.

The ad reveals there will be more than one hundred “exceptional speakers”, media artists, entrepreneurs, museum futurists, cyborgs, and even “normal people”, “whatever that means”.

“The future is unwritten. Bring your pens. Because anyone can create the new.” – the voiceover says at the end of the spot.