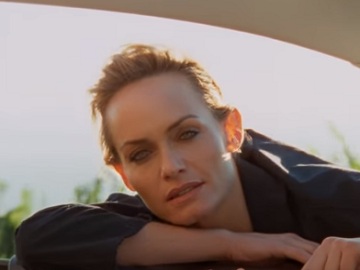 Mercedes-Benz has launched the third chapter of the #mbcollective Fashion Story 2017, as part of Mercedes-Benz’s
ongoing international fashion engagement.

Captured by photographer, writer and film maker Luke Gilford, the film stars model and actress Amber Valletta and her 16-year-old son, Auden McCaw, against a beautiful natural landscape, as they illustrate the powerful bond between mother and son and their encounter with the Concept EQ. “Where did we begin when I became you? They say you don’t know yourself until you can be found in another. Forces of nature, powers that be. The light of you in the reflection of me. I give to you divine destiny.” – a voiceover of the actress is heard.

Valletta is an ambassador for the Sierra Club Animal and Climate Protection Movement and, together with the online shop Yoox, she has founded her own fashion label for sustainable fashion, Master & Muse. Her son, a passionate volleyball player, competed in the Youth Olympic Games with his team last summer and, like his mother, he is significantly conscious about the preservation of the planet and is actively involved in its protection, according to the automaker’s website.