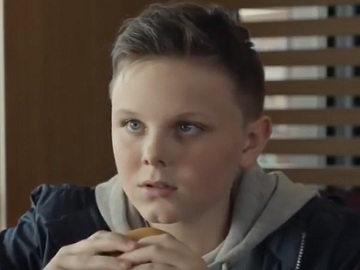 McDonald’s UK has released a touching new advert, by Leo Burnett London, that tugs at the viewers’ heartstrings, but, after being accused of exploiting the feelings of bereaved children, has pulled it from rotation.

The 90-second spot features a young boy asking his mother about his dad, who passed away before he got the chance to know him. As they walk together to McDonald’s and she talks about him, the boy tries to find things they have in common, but it’s quite hard: he doesn’t have “big, big hands”, his shoes are not “shinny”, he is not good at football, and hasn’t too much success with girls. However, eventually, he discovers that they do have something in common: they both like the same sandwich from McDonald’s, the Filet-O-Fish.

A press officer at the Advertising Standards Authority, where more than 150 complaints have been received about the respective spot, said that people argued that “it is inappropriate and insensitive to use bereavement and grief to sell fast food”.

McDonald’s has issued a statement apologizing, mentioning that they didn’t intend to cause “any upset” and that they are sorry for disappointing their customers, who are the most important.