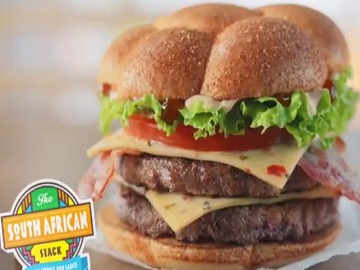 McDonald’s UK has launched a new ad, celebrating the return of The South African Stack to its Great Tastes of the World menu.

The 30-second spot, titled “Savanna”, features a young couple being left in a South African savanna by their guide, after a ride. “This is the real South Africa, my friends. It doesn’t get much more romantic than this. Just you. The moon. Stars…” – the man says while unpacking the couple’s stuff. The two lovers are smiling imagining the romantic scenery described by the guide. However, soon the smile on their faces vanishes as the guide starts listing the animals running free out there, such as leopards, lions, and hyenas. “Good luck!” – he tells them and then hits the road, leaving them all alone.

“Sometimes, a taste is all you need.” – the voiceover says at the end of the spot, adding “Like the South African Stack with smoky BBQ sauce, one of the Great Tastes of the World”.

The South African Stack, made of two 100% beef patties with smoky BBQ sauce, Beechwood smoked bacon, Pepperjack cheese and hot & spicy mayo, is served from 10.30am, at participating restaurants only, until October 17th.