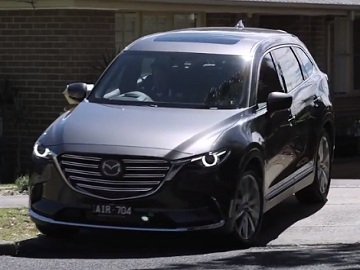 Mazda Australia, who’s been a part of the North Melbourne family, as a Major Sponsor since 1999, celebrates its partnership with a short film starring coach Brad Scott, who shares some thoughts on standing together and how it shapes the Shinboner Spirit (a term often used to refer to camaraderie and determination of players or members of this club).

“Every time we run out onto the field, we run out as a family. We play for each other, fight for each other, support each other, we’re our boldest and bravest on a tap family at stake. We strive, toil, and succeed. So that they succeed. Shinboner family is bigger than me or you. It’s the guy next to us. 10It’s the people who prepare a stay-in and day out, people who hear us and support us through thick and thin.

Everyone in the Royal Blue is our family. Without them, we are nothing. But together, together there’s nothing we can’t achieve. That’s the Shinboner spirit.” – says Brad Scott, while on screen footage of him and his family preparing to go to a match, as well as footage of his team getting ready to walk on the field is shown.

The North Melbourne Football Club, nicknamed the Kangaroos or less formally the Roos, the Kangas or North, one of the oldest sporting clubs in Australia and the world. The term “Shinboner spirit” is often used to refer to camaraderie and determination of players or members of this club. After a 168-game career at Hawthorn and Brisbane, Brad Scott became the senior coach of North Melbourne at the end of the 2009 season, replacing Dean Laidley.