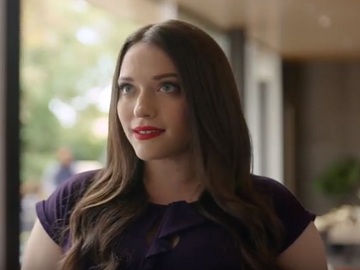 Mastercard has released a new ad to promote Masterpass, its digital payment service that enables consumers to make fast, simple and secure digital payments when shopping online, in-app and in-store.

The spot features actress Kat Dennings seeing a woman paying for her coffee in a coffee shop using Masterpass and starting using it herself, too. When Joe Montana shows up and says the chair she’s seating in is nice, she tells him she uses Masterpass. He repeats the word and with the two repeating it so many times, the former football quarterback understands (probably) “Master, pass”, and does as such. He takes a vase from a table near Kat’s chair and throws it against a picture on the wall. “Was it expensive?” – he then asks her. “Priceless.” – she answers.

The next shot features Montana, aka Joe Cool, picking up the broken pieces off the floor while all the other persons inside are watching him do this. “I’ll masterpass you a new one.” – she tells Kat.

The commercial ends with the voiceover saying “Masterpass by Mastercard – the modern way to pay”.