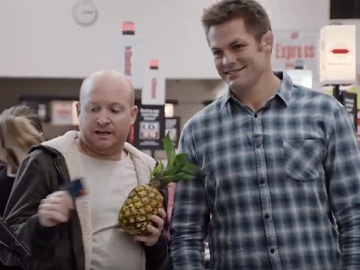 Mastercard aims to make its customers use their contactless cards more during its latest campaign, titled “Tap for your town”, which gives them the possibility to take on Richie McCaw’s touch rugby team right in their town by using Mastercard contactless cards.

The multinational financial services corporation has released an ad starring McCaw to highlight that every tap counts and urging you to start tapping. The 30-second spot features Richie McCaw walking through a grocery store with a friend who suddenly goes to a cash register and asks on P.A. “Can your local team take on Richie?” and urging people to get tapping now to see Richie play in their town. At this point, lively music begins to play and people are shown hurrying to get to the cash register and tap. A young man throws his cereal box to his girlfriend, who immediately taps, an elderly man catches a ketchup bottle thrown at him by a woman and throws it further to his wife, who then pays for it by tapping her Mastercard card, other three men seem to practice their rugby skills as they pass a bread and one of them throws himself on the floor to finally raise his hand and tap at check-out 7.

The spot ends with Richie’s friend about to get hit in the face with a pineapple and with the voiceover inviting you to “Tap for your town to take on Richie’s touch rugby team” and mentioning that “Every tap counts”. Eventually, we get to see that Richie’s friend managed to catch the pineapple right on time and paying for it with a Mastercard contactless card.

In order to “tap for your town”, you just have to tap your Mastercard whenever you purchase and go. There’s no
registration or signup required. Any town can win because taps will be counted in relation to population size. The winning town, that will get the chance to host game to take on Richie and his team in the ultimate game of touch rugby, will be the town with the most taps per capita at 11:59pm on August 27th 2017. More details will be available after the announcement of the winning town.