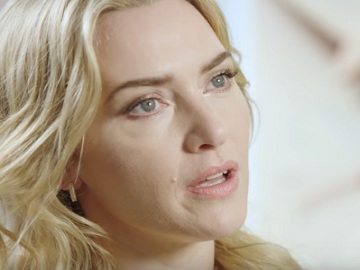 Kate Winslet shares her best memory with Longines in a new commercial for the Swiss watchmaking company Longines, for which she has been serving as Ambassador of Elegance since 2010.

The Academy Award-winning actress, who, earlier this year, presented the exclusive and very limited new timepiece “The Flagship Heritage by Kate Winslet”, in Paris, together with Longines, talks about her favorite Longines memory, a commercial shoot that she and a Longines crew were doing in Rome. She recalls that it was an incredible hot day, with about 42 degrees, and that they had spent the whole day shooting around Rome in an attempt to find the perfect location and get “the perfect shot”. What made that day awesome is the “spectacular sunset”. Kate came up with the idea to take advantage of the beautiful view and thus she and the team ended up resetting everything.

She put on a different outfit, had a different hair style, and took photos in that stunning setting, having, in the process, a lot of fun.

“I love spontaneity like that. That’s probably my favorite memory.” – she said at the end of the “mini-interview”, part of a anniversary campaign celebrating 185 years since Longines was founded.