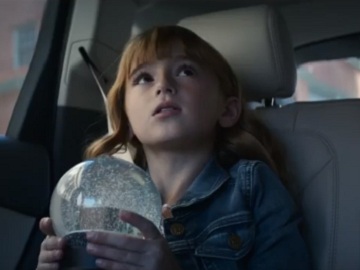 The protagonist of the film, created by agency Hudson Rouge, is a red-haired girl named Olivia who is inspired to make wishes that, once come true, change the world around her. From the back seat of a Lincoln vehicle, driven by her father through a city where everyone is distracted, with their eyes glued to their smartphones, she shakes her snow globe and wishes for that to change. First, it begins snowing and this makes people raise their heads toward the sky, then they start smiling, talking to each other and even sharing kisses on cheeks, multiple versions of a figurine toy from inside the snow globe are falling from the sky on parachutes to the kids surprise, two reindeers make an appearance and, eventually, people start dancing in pairs.

The music playing in the background is “VI. Waltz 2 From Jazz Suite No. 2” performed by Philadelphia Orchestra & Mariss Jansons.