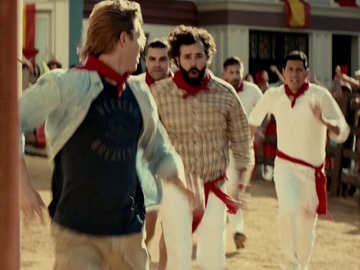 LifeLock, a leader in ID theft protection services, promotes its Million Dollar package in a new commercial, highlighting that “What you don’t see can hurt you”.

The 30-second spot, titled “Running of the Bulls”, features a runner during a running of the bulls falling on the ground after a lady opens the window shutters right in front of him and he bangs his head into one of them. “What you don’t see can hurt you.” – says the voiceover, adding that “If you just monitor your credit, you can miss certain identity theft threats.” He also states that “LifeLock sees more, like your personal information on the dark web” and mentions that, in case of problems, the company will work to fix it with its Million Dollar Protection package.

The spot ends with the voiceover saying that all is for $9.99/month.