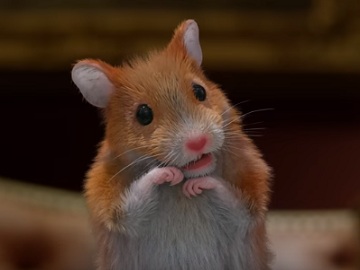 The commercial for the upcoming game in the Professor Layton series, entitled Layton’s Mystery Journey: Katrielle and the Millionaires’ Conspiracy, features a guinea pig that completes the puzzle on the smartphone of his owner, who leaves the room for a few minutes.

The game, officially revealed on July 27th 2016, during LEVEL-5 Vision 2016, features Katrielle Layton, the daughter of Professor Layton, who solves, with the help of her talking dog Sherl, various smaller mysteries in London on her quest to find her missing father. The overarching plot of the game will be about the seven millionaires of London and will include twelve intriguing cases.

The puzzle adventure game launched worldwide on July 20 for iOS and Android. These versions are available now on the App Store and Google Play, respectively, for $15.99.

Console fans have to wait a little bit longer, until October, when the game will be released for the Nintendo 3DS family of systems.