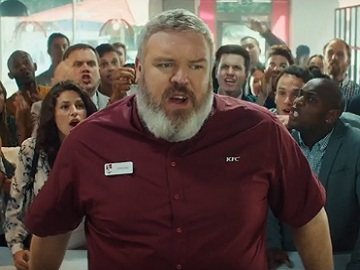 The 65-second spot, titled “Lunchtime is coming”, features the lunchtime rush at a KFC restaurant, where a hungry horde orders chicken with fries. The cashier, letting his coworkers know that they have to prepare “chicken with fries”, says these words so many times until they turn into “chicken with rice”.

At some point, a young man shows up from the crowd saying that that’s his order.