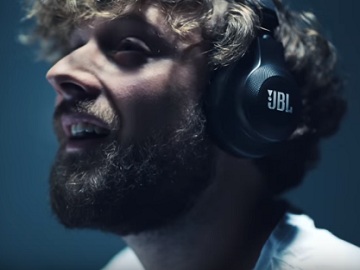 JBL highlights that “Wires are bad” in one its latest commercials and urges you to use JBL wireless headphones, instead, as they feature quality sound that only JBL can deliver without the wires and long battery life.

The spot features a guy in a jail cell recalling the events that caused his arrest. His headphone wire was actually
the “guilty” one for him being in that situation and everything started, as shown in the ad, the moment he entered a convenience store. The wire got snagged on the door handle causing him to fall on his face into a bunch of balloons that, obviously, popped, making the customers inside panic. When he stood up, he was mistaken for an armed robber and got attacked: a man hit him in the head with a bottle and a woman sprayed him in the eyes with hairspray.

Back in the cell, the guy, who’s watched by his dubious inmate, concludes that “wires are bad.” “Don’t let wires ruin your day.” – the voiceover says at the end of the spot, advising then viewers to get JBL wireless headphones.