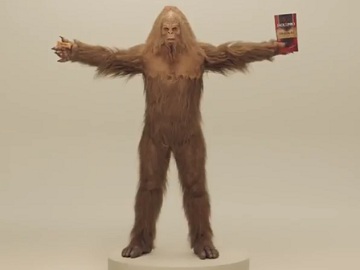 Jack Link’s has released a series of new ads, dubbed “Versus”, aiming to point out that, with respect to competing brands, Jack Link’s Jerky is both trustworthy and factual.

The snacks have been tested with various items, including protein detector, speed gun, microscope and polygraph,
in order to check if they really contain what’s written on the packaging. The spot featuring the polygraph test has the Protein-Y Granola Bar tested for first, to find out if it’s true that it actually has ten grams of protein and 190 calories per serving, and it turns out that it’s not true. Jack Link’s Original Beef Jerky is also hooked up to the polygraph machine to check if it has less than half the calories and the same ten grams of protein per serving and the answer turns to be positive, as a “yes” appears on the graph.

The spot ends with the voiceover stating that Jack Link’s Jerky is awesome, low in fat, and with only 80 calories per serving, and concluding that it “beats the snack out of other snacks”.