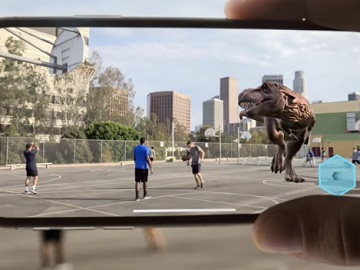 The spot showcases some of the most important features of this smartphone, such as the full screen, with no Home button, made with the most durable glass ever, wireless charging, A11 Bionic, the most powerful and smartest chip ever in a smartphone, which can recognize your face out of a million other faces with Face ID, users being able thus to unlock and pay for various purchases with a look, animojis, radically new dual 12MP cameras with Portrait Lighting, True Tone flash with 2x greater uniformity, new Slow Sync flash, and Augmented reality.

The commercial, featuring the song “Best Friend” by Sofi Tukker feat. NERVO, The Knocks & Alisa Ueno, ends with the onscreen lines “You’ve never seen anything like it. It’s never seen anything like you.”, informing that the iPhone X will be launched November 3rd. However, smaller onscreen lines also inform that “this device has not been authorized as required by the rules of the Federal Communications Commission.” and that “is not, and may not be, offered for sale or lease, or sold or leased, until authorization is obtained”.