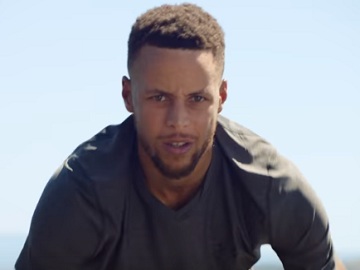 Stephen Curry stars in a new ad campaign for the 2018 Infiniti Q50, set to launch this month.

The NBA champion, who signed a marketing agreement with Nissan Motor Co. in June, to become Infiniti’s new global brand ambassador, endorses the redesigned Infiniti Q50 sport sedan, which “is defined by performance”, in a series of spots, aiming to show the “feeling of performance”.

In one of them, the Golden State Warriors point guard showcases his ball handling and dribbling skills and a red Infiniti Q50 is featured speeding down a road, while an onscreen line highlights that “this is what performance sounds like. Feels like. Behaves like. Stephen Curry”.

Curry, who was named the Associated Press Male Athlete of the Year in 2016, is a two-time NBA Most Valuable Player, four-time NBA All-Star and the NBA leading scorer in 2016.

The campaign will roll out in the United States, China and other markets to coincide with the launch.