Home / ICT / HTC U11 Commercial: Squeeze for the Brilliant U 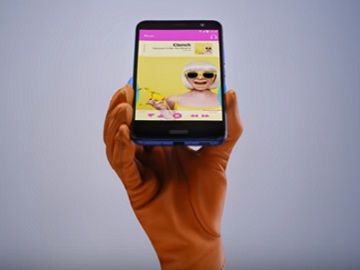 HTC has introduced the HTC U11 in a commercial, released with the tagline “Squeeze for the Brilliant U”.

“How do you capture your brilliant moments?” – is the question raised in the 80-second spot, featuring the voiceover saying that “Squeeze is the easy way” and highlighting that, with the new HTC U11, you can “squeeze to share the best view”, “immerse yourself in music adapted to you, where outside noises fade away”, “squeeze to immortalize the moment”, “record sound in 360 degrees for you to zoom in on”.

“Squeeze and do what no other phone lets you” – says the voiceover at the end of the spot.

With HTC U11, the company has created an entirely new and intuitive way to interact with the phone, Edge Sense,
which translates into the possibility to take photos, launch apps, text with a simple squeeze. This smartphone also
features 3D liquid glass surface, the highest DxOMark ever awarded to a smartphone camera with the new UltraSpeed Autofocus, and latest version of HTC USonic, which now combines Active Noise Cancellation with the ability to tune audio to your unique hearing, and upgraded BoomSound Hi-Fi edition speakers.