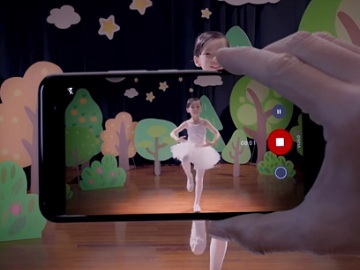 HTC has launched a new commercial, highlighting that “HTC U11 is there to make sure you never miss a precious moment with just a simple squeeze”.

The 15-second spot, carrying the message “Never miss precious moments”, features a dad filming his daughter doing ballet on a stage, at a school event, while holding his baby girl in his arms. Thanks to the HTC U11, that alows him to start filming with just a simple squeeze, he manages to immortalize the moment. “During your proudest moments, do what no other phone lets you. Be there and enjoy every second.” – the voiceover says, adding “Squeeze to launch the highest rated phone camera ever”.

The brand, that launched the U11 two months ago, has partenered with Olympic diver Tom Daley to take some selfies while diving into a pool. His attempts and his epic selfies have been shown in a commercial which also highlighted the smartphone’s IP67 water resistance rating.