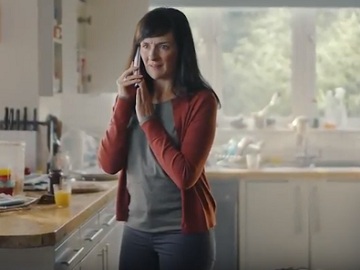 HSBC and FFA UK (part of UK Finance) promote the “Take Five to Stop Fraud” campaign, a national awareness campaign
encouraging people get informed about financial crime and to stop and consider whether the situation presented to
them in various contexts is genuine.

A 30-second spot released by HSBC UK features a mother on the phone with someone who says they represent her bank
revealing to the viewers what that person wanted. “They say they’re my bank. They’ve confirmed by postcode and my
account number. They say they’ve spotted suspicious activity on my account. They could be my bank. Now they’ve asked me to move my money to a safe account they’ve set up. That tells me they are not my bank.” – the woman says. “My money, my info? I don’t think so!” – she tells the person she’s talking to.

The advert ends with the voiceover saying that “A genuine bank will never contact you asking you to move your money to a safe account” and adding the tagline “Take five to stop fraud!”.