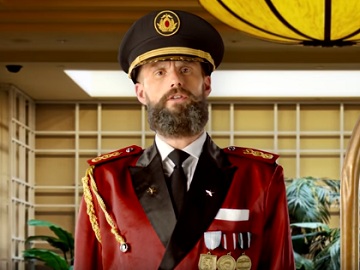 Hotels.com has launched a series of new ads, featuring the Temporary Captain Obvious.

The temporary replacement for Captain Obvious (while he goes on holiday) has been selected following a contest organized by Hotels.com and agency J. Walter Thompson Canada, called “Temp Captain Contest”, in which entrants filmed a 30-second audition tape explaining why they should be the next Captain. This part of the travel site campaign was more focused on general brand building, but the content created with the winners is focused on the Rewards Program, considered “a differentiator in the travel category”. Besides starring in new Hotels.com commercial, which have been filmed in Toronto, the winners of the Temp Captain Contest have also received a $1000 Hotels.com gift card.