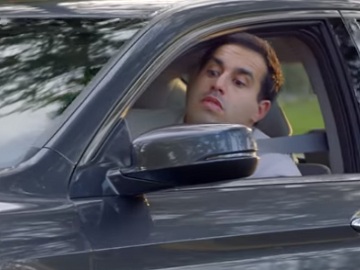 “If you knew that, when you sold your car, you would be the person buying it, how would you take care of it?” – the
voiceover asks at the beginning of the 30-second spot, titled “Buy From You”, which features a guy who takes a lot of measures to ensure his car is kept as clean as possible and with no scratch at all. He is seen asking his friends to put on medical booties before getting into his car, covering the seats in plastic before allowing his kids to get in and forbidding them to eat in the car, paying extra attention when passing over speed bumps and trying to avoid them, if possible, and protecting the car, in parking lots, with floats on the sides and a buoy in front of it, making those around him look at him in bewilderment.

“At Honda, we see all our drivers as members of the family. So we make sure every certified pre-owned vehicle is one we would buy from ourselves.” – the voiceover adds at the end of the spot.