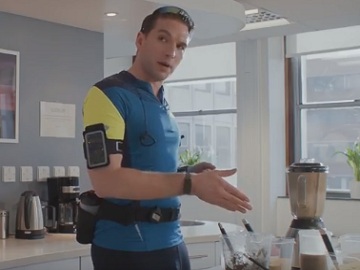 Heinz UK promotes the Heinz Beanz in a new advert, highlighting that the baked beans are not only delicious, but also high in protein, high in fibre, and low in fat.

The 30-second “Office” spot features a man entering the office kitchen, where a co-worker, dressed in sportswear, says he’s prepping a high-performance cocktail to reload the nutrient tank post-training and starts bragging about his muscles, that he describes as “ravenous”. “My formula has high levels of protein, fibre, minimum fats” – adds the man, looking at what the other is taking out from the microwave oven. “Mine, too”, answers his co-worker, informing him that he’s just having some beans, which are, according to the onscreen lines, high in protein, high in fibre, and low in fat.

The advert ends with the brand’s tagline, “Good for you, without going on about it”, and “Beanz Meanz Heinz”.