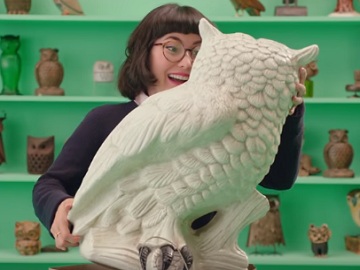 Google has launched a new commercial to promote its contract-free phone plan Project Fi, described as “an unexpectedly phone plan” that enables users to never pay for unused data.

The 15-second spot, which is an invitation for people to save for the things they want by never paying for data they don’t use, features a young woman who did so and bought something she really wanted: a giant white owl to grow her collection of sculpted owls. As she takes it out of the box it was delivered in and puts it on a shelf, the owl passionate starts clapping with joy.

The plan features include Fi Basics ($20/month), that offers unlimited domestic calls and texts with 24/7 support, data ($10/GB), which is credit for unused data and no overage fees, and the possibility to add up to five people (with $15/month each) and share your data plan.